COVID-19 Updates – All campus classes have moved to a virtual classroom. Learn More

February is Black History Month and we wanted to feature some of the amazing POC who’ve made a difference in Canadian history. Throughout the month, you’ll meet trailblazers in health, business, tech and community services – each representing one of our streams.

We’re highlighting stories of racism and resilience, discrimination and progress. These individuals showcase some of the work that’s already been done to challenge systems of prejudice and inequality while highlighting that our work is far from over. We hope you question your knowledge and learn something new.

Now we’d like to introduce you to Viola Desmond, a Canadian businesswoman who fought against racial discrimination and advocated for human rights. You might recognize her as the latest face on our Canadian 10 dollar bill. 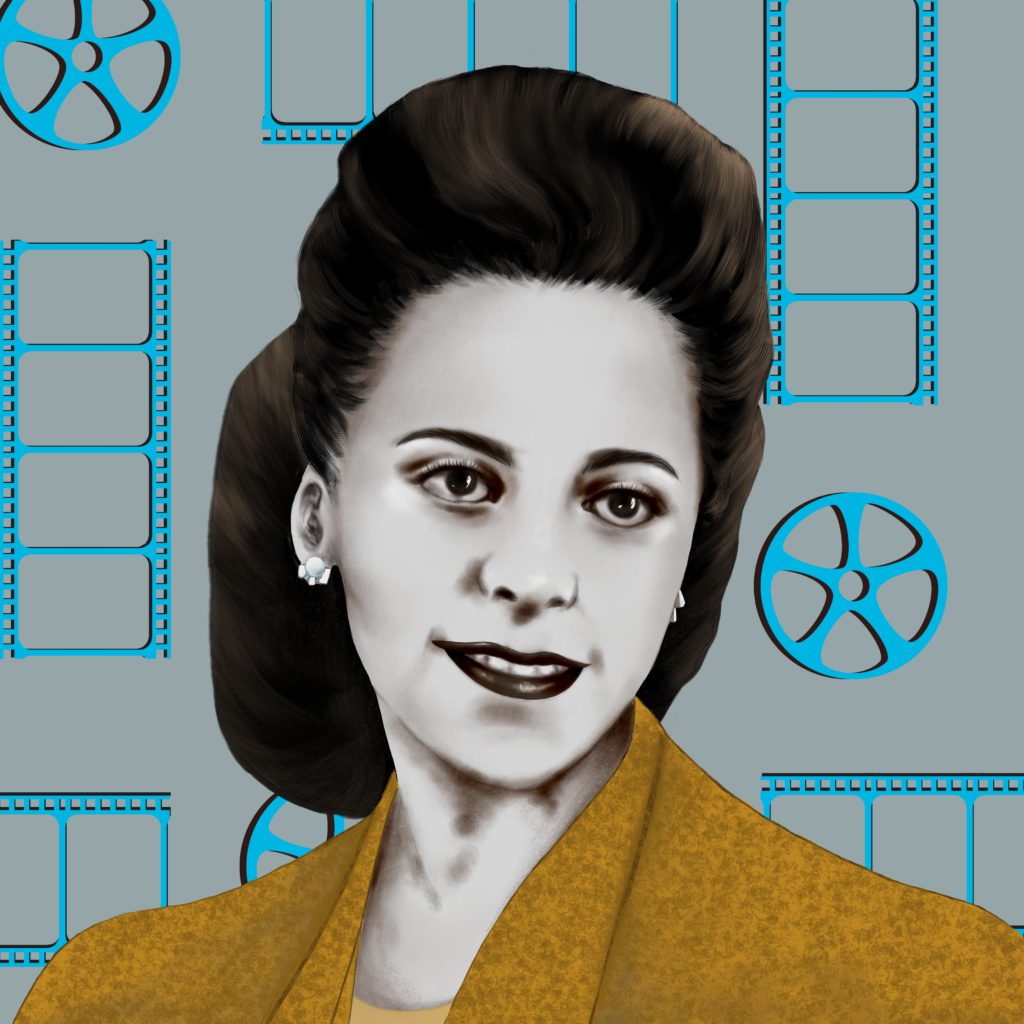 This captivating illustration of civil rights activist Viola Desmond was created by Dorcas Markwei (of Lynsow Creative), a Black-Canadian illustrator and designer based out of Vancouver. Dorcas blends her passions for art and design to create emotive and cultural pieces.

Viola Desmond was born on July 6, 1914 in Halifax, Nova Scotia. She was raised with 10 siblings by her interracial parents who were highly respected in Nova Scotia’s Black community. Her father, James Albert Davis, raised by a middle-class Black family, worked as a barber. Her mother, Gwendolin Irene Davis, was raised by a white minister and his wife. Despite their mixed marriage, Desmond’s parents were highly respected and became involved members of the community.

Desmond was inspired by her parents’ dedication to the community. She decided to pursue a career in business so she could serve her community.

She began studying at the Field Beauty Culture School in Montreal which at the time, was one of the few Canadian schools that accepted Black applicants. She went on to study in Atlantic City, New Jersey and New York before opening her own beauty parlour in Nova Scotia coined Vi’s Studio of Beauty Culture. It was her goal to help the Black community and she catered her services to Black women.

Desmond gained popularity, allowing her to expand her business across the province. She opened the Desmond School of Beauty and created a line of cosmetics for people with darker complexion, which many of her graduates sold at their own parlours. Thanks to her dedication, nearly 15 students graduated from Viola’s program each year.

On the evening of November 6, 1946, Desmond’s car broke down on her way to a meeting in Sydney, Nova Scotia. She booked a hotel room and planned to see a movie to pass the time.

Desmond assumed the teller made a mistake so she returned and asked to exchange her ticket for one on the main floor. The teller refused, saying “I’m not permitted to sell downstairs tickets to you people.” Desmond realized the teller was referring to the colour of her skin and decided to sit on the main floor anyway.

The manager confronted Desmond, arguing the theatre had the right to refuse her admission. Desmond showed her ticket, proving she hadn’t been refused, and explained she even offered to pay the difference in ticket price. They still demanded she leave her seat and when she didn’t, the theatre called the police.

Desmond was dragged out and injured. She was put in jail and held in a cell overnight.

The next day, Desmond was taken to court and charged with attempting to defraud the provincial government based on her alleged refusal to pay a one-cent amusement tax. This tax was the difference between the upstairs and downstairs seat prices. Even though Desmond made it clear she was willing to pay the difference at the time, the judge fined her $26.

Throughout her entire time in court, Desmond was not provided with counsel or support and was not informed she was entitled to any.

It was clear this was a racial issue yet race was never mentioned in court. The facts were simple: Desmond had violated the implied rule that Black persons were not allowed to sit in the “white section” on the main floor.

While Desmond’s husband encouraged her to let it go, other people in the community were not willing to stay quiet. The Nova Scotia Association for the Advancement of Coloured People raised money to fight Desmond’s conviction and The Clarion, one of the province’s Black-owned papers, covered her story closely.

After being examined by her doctor, Desmond contacted a lawyer to try to remove the charges. Lawyer Frederick Bissett, who happened to be white, decided to frame the case differently. Instead of calling on the violation of Desmond’s civil rights and rights to a fair trial, he tried to establish that the manager had acted unlawfully when he forcefully removed Desmond from the theatre. This would entitle Desmond to compensation on the grounds of assault, malicious prosecution and false imprisonment.

Desmond’s appeal was taken to the Supreme Court of Nova Scotia. In the end, Desmond was unable to remove her conviction.

While Desmond’s story was tragically sad, many say it contributed to the fight agaist racial segregation in Nova Scotia. Her determination to be treated equally sparked change for the Black community.

Demond’s story has lived on and in 2010, her sister, Wanda Robson, released a book (Sister to Courage) about Desmond’s experiences. That same year, 63 years after her conviction, Desmond was granted a free pardon by Nova Scotia’s Lieutenant Governor which removed her conviction from the historical record. This pardon included an apology and recognized that Desmond’s conviction was a wrong act of justice and she should never have been charged.

In 2012, Canada Post issued a stamp with Desmond’s image. In 2014, Nova Scotia created a holiday in her name. And in 2018, her picture was showcased on Canada’s $10 bill. This made her the first civilian woman and first Black person to be showcased on Canadian currency.

Desmond died in New York City in 1965. You can watch this short Heritage Minutes video of her story.

Not only did Desmond pave the way for Black business owners, she also fought for racial equality, causing countless people to consider their actions and opinions for years to come.

Feel inspired to make a change in the business sector? Check out our course catalogue and start your journey towards a rewarding career.

How to Become a Project Manager

Project managers are the point of contact for ongoing projects in an organization. They help plan, budget timelines and costs, monitor project status and report on success after a project is complete. If other team members have questions about an ongoing project, the project manager...

If you’re super organized, love to work with a team and have a knack for detail, you could thrive in a career as a project manager.  Project managers are the point of contact and information hub in an organization. They help manage and monitor a...